In need of a bit of inspiration to get you to the end of the week?  We’ve taken a look at some of the world’s most successful businesspeople from a broad range of industries and discovered that many of them had a tough start in life.

From growing up in poverty to escaping genocide, these five successful entrepreneurs have shown plenty of grit, determination and spirit to make it to the top.

So read on and take inspiration from the background stories of these impressive individuals!

With book sales totalling over 400 million, an avid fan base of readers and an estimated fortune of around £650m, life is pretty sweet for the Harry Potter novelist. However, things were not always so rosy. Shortly after starting work on the first Harry Potter book, Rowling was unemployed and living in a flat in Edinburgh with her infant daughter, her marriage having broken down.

Surviving on benefits, she would frequent local cafes and write whilst her daughter slept in her pram. The book was initially rejected by twelve publishers before being released in 1997 with an initial run of 1,000 copies. By the time Rowling released the final book in the series in 2007, Harry Potter and the Deathly Hallows, it sold 11 million copies in its first 24 hours, becoming the fastest-selling book of all time. From those initial early struggles, Rowling has since transformed Harry Potter into a global phenomenon worth £11 billion pounds! 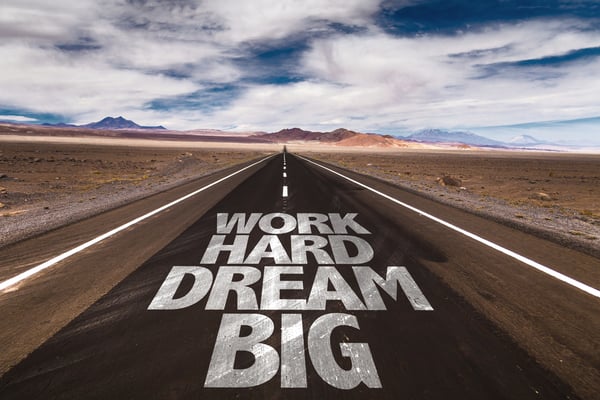 Regarded as one of the world’s most successful investors, George Soros is also a renowned businessman, philanthropist and author with an estimated worth of £18.5 billion. Between 1979 and 2017, he donated over £8 billion to initiatives to tackle poverty and improve education around the world and played a key role in bringing capitalism to communist Eastern Europe in the late 1980s. If that represents a life of incredible achievements, his early years were, if anything, even more remarkable.

In 1944, the 13-year-old Soros was living in Hungary when the Nazis invaded. After Soros was asked to distribute documents by the Germans, his father recognised them as deportation notices and told Soros to deliver them but advise the people not to report to the meeting points. Thanks to the quick-thinking of his father, Soros and many other Hungarian-Jewish families were saved and survived the war.

Soros moved to England in 1947, where he worked as a railway porter and waiter whilst studying at the London School of Economics. After graduating, he wrote to the MD of every merchant bank in London before finally securing an entry-level position in the industry that would help him make his fortune.

His name may not be as instantly recognisable as others on this list, but Ingvar Kamprad went from an inauspicious upbringing on a farm in rural Sweden to founding IKEA, one of the largest retailers on the planet. Business-minded from an early age, Kamprad would buy matches in bulk then sell them to neighbours individually, making a tidy profit. After also dabbling in fish, seeds, Christmas trees and pencils, Kamprad started IKEA with money he received from his father for attaining good grades.

Initially selling furniture by mail order, Kamprad eventually expanded his business empire which now boasts 389 stores in 48 countries, giving him a net worth of around £37 billion.

Despite this incredible wealth, Kamprad remains incredibly humble. He drives a second-hand car, flies economy class and never stays in expensive hotels. This frugal approach is reflected in his business philosophy of cost control, which allows IKEA to reduce prices and remain competitive.

These days, Manhattan’s Lower East Side is home to boutique stores, upscale restaurants and expensive apartments. When Ursula Burns was growing up there in the 1960s, it was blighted by crime, poverty, drug dealers and derelict buildings. Against this backdrop of deprivation, Burns was raised by her single mother, who babysat and did laundry so she could afford to send her child to a good school.

After obtaining a Masters’ degree in Mechanical Engineering, Burns started working for Xerox in 1981. By 1999, she had risen to the position of vice president for global manufacturing, becoming president in 2007. In July 2009, she became the first African-American woman to lead a Fortune 500 company when she was appointed CEO.

Burns is one of the founding members of ‘Change the Equation’, an organisation dedicated to improving science, technology, engineering and mathematics education in the United States, with a particular focus on helping minorities and women gain access to these fields.

In a recent interview, Burns attributes her success to her mother’s support. Despite growing up in poverty, her mother always reminded her, “where you are doesn’t define who you are.” Wise words indeed.

Fronting one of the most popular television programmes in history, receiving honorary degrees from Duke and Harvard, earning an Oscar nomination for Best Supporting Actress and launching her own production company are just a few reasons why Oprah Winfrey is often cited as the most influential woman in the world.

These impressive achievements are all the more incredible when you consider Winfrey’s early years. Born to an unmarried teenage mother, she spent her first six years living in such poverty, she often had to wear dresses made of potato sacks.

After enduring sexual abuse and the death of her prematurely-born son when she was 14, Winfrey was eventually sent to live with her father in Tennessee. He was strict, but encouraged his daughter to make education her priority. She won a scholarship to university and started her media career as a TV news anchor before hosting The Oprah Winfrey Show for the first time in 1986.

It ran for the next 25 years, achieving viewing figures of up to 20 million viewers a day at its peak. In addition, Winfrey has diversified into other areas of the media including film, publishing and radio, amassing a fortune of £2.3 billion along the way.

Hopefully these rags-to-riches stories have given you a little inspiration and motivational boost. It's helpful every now and then to read stories from sucessful businesses, to remind you what you are working towards.  These people all had to overcome various obstacles to pursue their dreams and become successful. It takes determination, a will to succeed and a never-say-die attitude to get what you want, so take heart and keep going!   Who are your role models in business?  We'd love to hear who inspires you!