March 31st is Equal Pay Day in the USA, as it's the point at which the average woman has caught up to the amount earned by their male counterparts by the end of last year.  Read on to find out how this equates to the UK, and what you and your business can do to eliminate unequal pay.

To put it another way, in the UK, Equal Pay Day falls sometime in November (last year it was the 14th) and signifies the point at which the average man has earned the amount that women will in the same entire year.  If pay had been equal to that point, women would then effectively be working for free for the remainder of the year.

What is the difference between the gender pay gap and equal pay?

Both The Gender Pay Gap and Equal Pay deal with the difference between earnings between women and men, but from different standpoints:

Equal Pay means that men and women in similar employment, doing broadly the same work, at the same level, should be paid equally, within the same company.  This requirement was set out in the Equality Act of 2010. This applies not only to salary, but to all contractual terms and conditions of employment, such as holiday entitlement, bonuses, pay and reward schemes, pension payments and other benefits.

The Gender Pay Gap is the difference between men's and women's average earnings, across all jobs and levels, but within the same organisation, or across the labour market.  The shortfall experienced by female workers is expressed as a percentage of men's earnings.  The current overall Gender Pay Gap in the UK is 18.1%, meaning that on average, women earn 18.1% less than men. 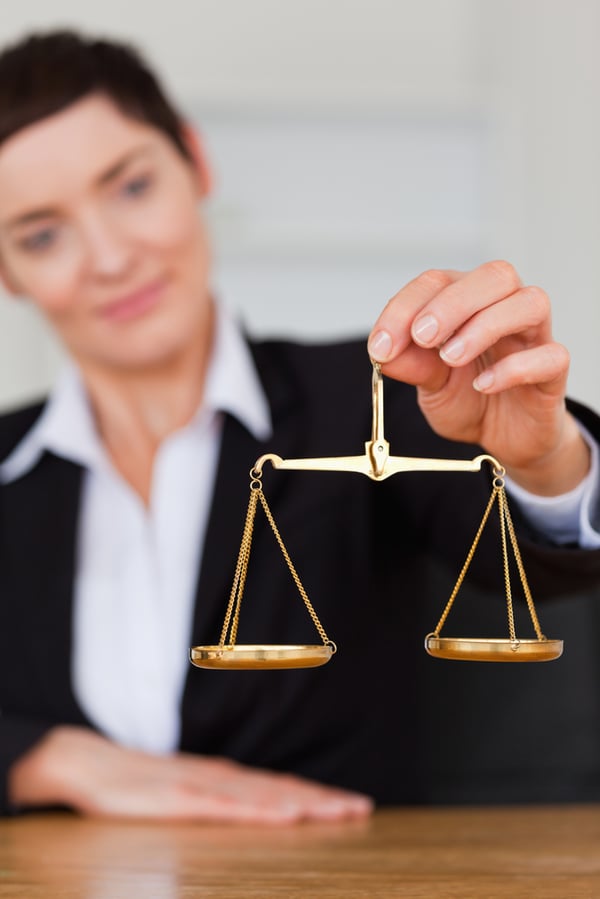 The 50th Anniversary of the 1970 Equal Pay Act will take place in May this year and The Equality Trust is ramping up it's campaign activities, to include seminars such as THIS ONE, run at Leeds University.   You can contact them for advice on running an Equal Pay audit within your business, or seek advice from your local Citizens Advice or Law Centre.  If you are a woman earning less than £30,000 and do not have access to legal advice, you can also contact The Fawcett Society for advice and support.

Are you at risk of an Equal Pay claim?

It can be hard to be 100% certain that you are not at risk of a claim, because they usually result from an organisation's lack of awareness, rather than deliberate discrimination.

Failing to review and update your pay systems regularly can lead to unplanned or ad-hoc increases to earnings without considering equal pay implications - this can lead to 'pay drift'.  Low-risk pay systems are transparent, systematic, inclusive, well-managed, sensitive to job-demands and monitored.  They reduce the risk of an equal pay claim being made against you as issues of pay can be addressed before they become a problem. Not only are they in everybody’s interests, but they will enhance your brand and reputation as an employer.  You can read more about low risk pay systems in this really useful guide from The Law Society.

If you’re not totally confident that your current pay system meets all the requirements of equal pay legislation, you can read more in the How to implement equal pay section of the Equality and Human Rights Commission's website.

Come back to the blog tomorrow, to find out more about the Gender Pay Gap and what you can do about it.