How to Host a Great Office Christmas Party

Following on from Friday's post on Christmas party etiquette, where we discussed how to behave at the works Christmas Do if you’re an employee, we thought we'd look at the other side of the story.  What if you are the business owner and will be taking your team out for a Christmas Knees-up? How can you make sure you enjoy the Christmas period and keep your employees happy?  Read on for our top tips.

First things first – where shall we go?

This is a really tricky one. If you’ve got a large team then it will be hard to find something that will suit everybody. Something with an activity is likely to divide opinion – these may be better for smaller, inter-department celebrations.  Some people might like to go the Karaoke bar – for others it’s their worst nightmare! You might think it’s a good idea to take everyone out, but consider if it’s really best for team bonding? Would it be better for each department to decide what they want to do?  Or, do you want to mix things up a bit and break down some of those silos?

Who is footing the bill?

This is a tough one. Of course, you want to demonstrate your thanks for their hard work across the year. But there is still a limit. Decide on how much you are able to spend and make sure your staff know what’s included and what isn’t.  Did you want to put on transport? Figure out some ways to get people picked up that won’t break the bank? Happy to pay for dinner? That’s great, let people know that wine is included with the meal and that they’ll have to buy their own drinks at the bar. 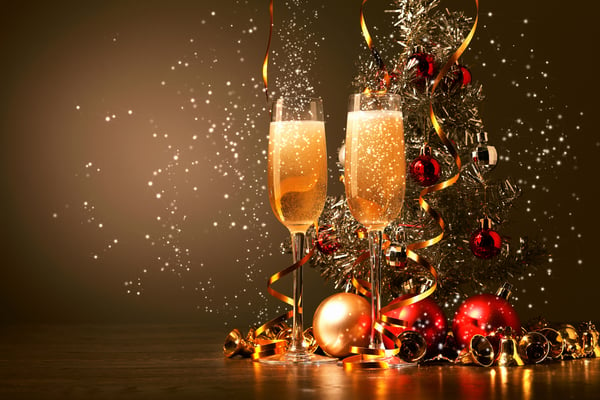 Again, this is a tough one. Many people like to invite their partner along, but for others, it can be a nightmare if you need to get babysitters, or if there are clashing Christmas parties. When you invite your team to the Christmas party, make it clear so that there isn’t any ambiguity. You don’t want to be the only one to bring your other half to the party!

Make sure people are aware of boundaries!

In today’s age of social media, you need to be careful that your staff don’t end up causing any damage to your company’s reputation with an ill-judged post on social media. In days gone by, any Christmas party misdemeanours might have gone unnoticed. However, it’s easy to do a Facebook Live from a night-club or add in your company’s hashtag to the Instagram story of the IT team downing Jager-Bombs. Nobody wants a kill-joy boss but it’s worth having a sensible discussion or sending out an email so that people know not to embarrass you or damage your brand on a night out.

Know when to leave

This is key. Once the party is getting started, you might not want to know what’s going on! So, have a plan of when you want to bail out and let the team get on with the celebrations. Have a time in mind and book a taxi – that way you won’t be tempted to join in with any drinking games.

Have a plan for the next day

Hangovers are horrible, there’s no getting away from it.  According to the Daily Mail (so it must be true), 1 in 5 will call in sick the day after the Christmas party! Apparently, IT are the most likely to call in sick (24%) but only 3% of recruiters do!! Consider whether you want to give people a free pass to arrive an hour or so late the day after the Christmas party. Maybe some of the team would be happy to come in at the usual time (the non-drinkers perhaps) but would prefer to go home early instead? Consider some flexibility – it would be better that the team made it in to work by mid-morning than have 20% of your staff calling in sick! And Bacon Sandwiches. They are scientifically proven to reduce any Christmas party excesses by up to 75%.

What are your Christmas party plans? How are you planning to treat your team? Let us know your best tips and places to try!